Objective: Normal Pressure Hydrocephalus (NPH) has been described as a syndrome that shows ventricular enlargement without increased intracranial pressure and presents with cardinal signs of “gait disturbance, dementia and incontinence”. This classic triad improves with cerebrospinal fluid (CSF) evacuation processes. However, although half a century has passed since its definition, the symptoms, physiopathology, diagnosis and treatment criteria, incidence and prevalence of the disease remain uncertain.
In this study, it was aimed to evaluate the radiological and clinical features of ventricular enlargement and the results of patients who responded and did not respond to Ventriculoperitoneal Shunt (VPS) surgery.
Materials and Methods: Normal Pressure Hydrocephalus (NPH) series consisting of 27 cases, in addition to detailed neurological examination before and 6 months after surgery, Normal Pressure Hydrocephalus Grading Scale (NPHGS), neuropsychology tests (NPT), and cranial computerized tomography (CT), cranial magnetic resonance imaging (MRI) was done. Radiological features of existing ventricular enlargement and accompanying MRI findings were evaluated. All cases were treated with adjustable VPS (Medtronic Strata®) and were followed up for at least 6 months postoperatively.
Results: According to NNHDS, 22 of 27 patients responded to VPS surgery, 5 were non-responders. When the patients whose ventricles were uniformly enlarged preoperatively, only the temporooccipital part of the ventricles was compared, no statistically significant correlation was found with the VPS response (p=0.768, p=0.623).
Conclusion: In this study, it was shown that there was no relationship between VPS responsive and non-responsive patients and the growth form of the ventricles. 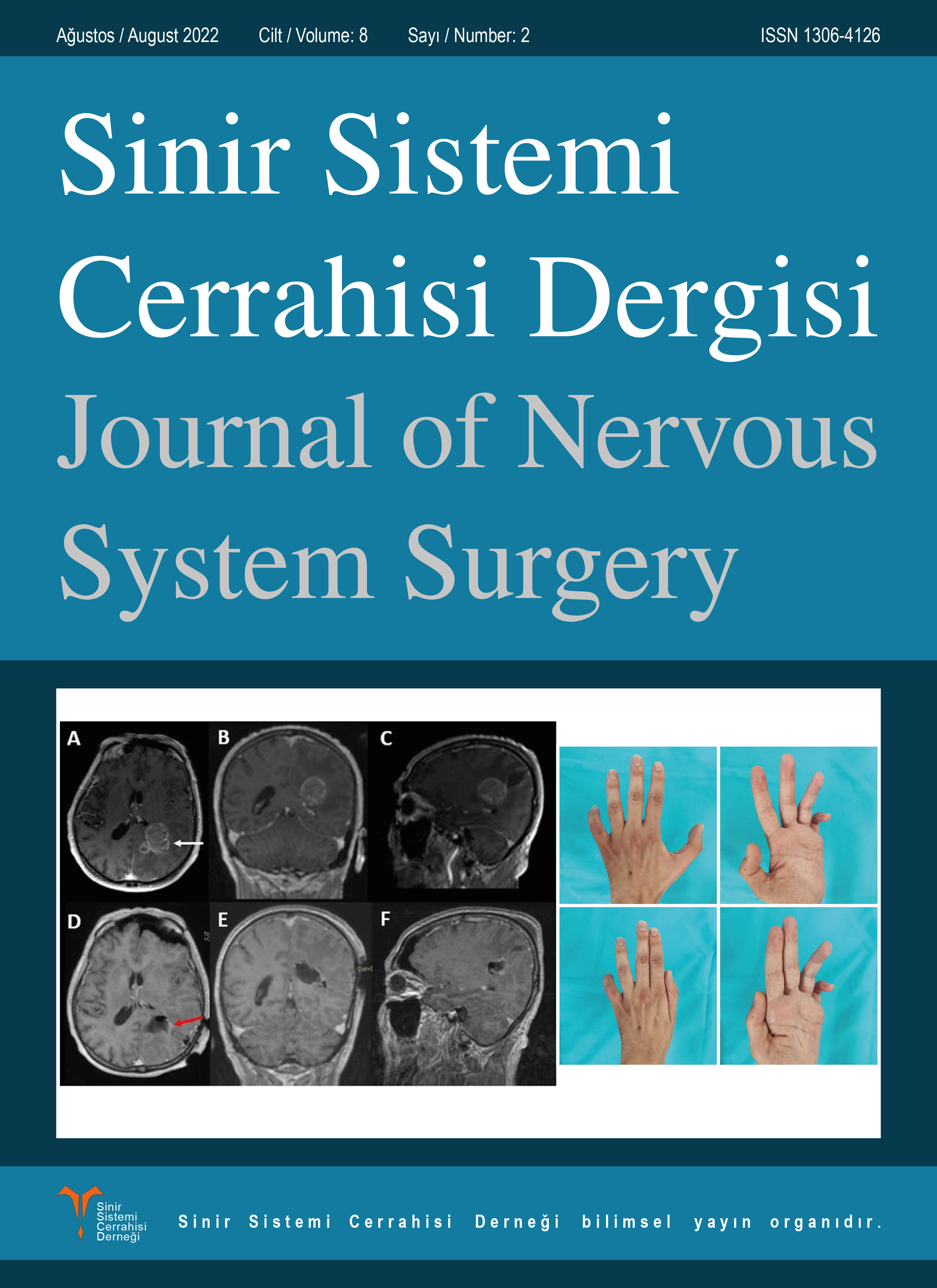