Our Experience of 25 Cases for Cervical Laminoplasty; Retrospective Study

Introduction: Cervical spondylotic myelopathy (SSM) is a neurological disorder caused by degenerative changes in the cervical vertebrae and stenosis in the spinal canal. Surgical treatment options for multi-level SSM, cervical congenital narrow canal, and posterior longitudinal ligament ossification (PLLO) are debatable. In this study, surgical results of patients with SSM who were treated with cervical lamininoplastic surgery using “JOA” scoring method and the efficiency of the method were evaluated.

Methodology: We retrospectively analyzed 25 patients with SSM and PLLO, who were operated on by laminoplasty between 2014 and 2019 in our Neurosurgery clinic. The results were evaluated using the “JOA” scoring method. SPSS 15.0 for Windows program was used for statistical analysis. Significance level was accepted as P<0.05.

Results: Preop JOA mean score was 11.2± .4, while post op JOA mean was 14.5±2.1. The mean difference was statistically significant (p<0.001). Clinical improvement was observed in 16 cases of long-term follow-up of 25 patients with SSM and PLLO who were operated in this study. No change was observed in 8 cases compared to the preop period and only one patient reported a refractory neck pain.

Conclusion: Laminoplasty becomes more popular in the treatment of multiple levels of cervical stenosis due to SSM, PLLO, and other causes. Because of laminoplasty is more physiologic and has less complication rates than other surgical methods, it seems to be the a reasonable option for patients with SSM and PLLO, especially for multilevel patients. 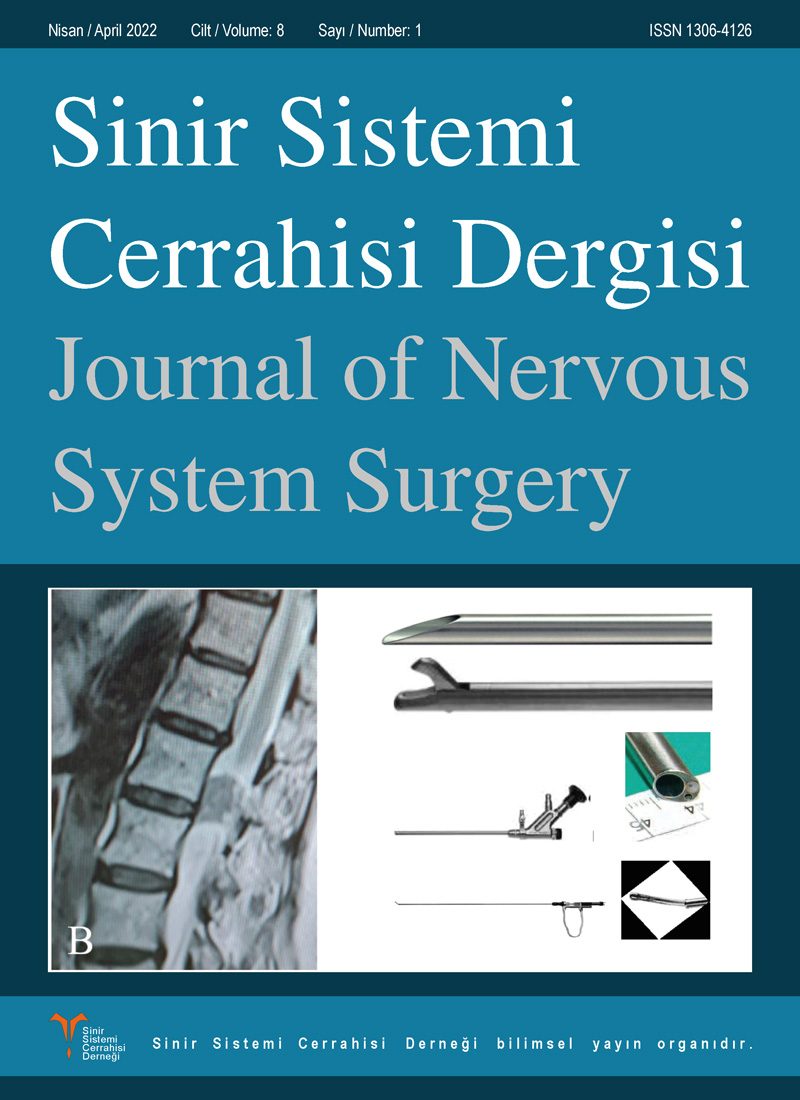